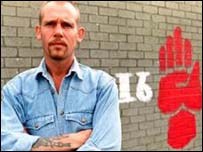 WHILE most of the media concentrated on the theft of a laptop belonging to a barrister who represents prison service staff in the Billy Wright Inquiry the other day, of as much (if not far greater) significance was the revelation that the man suspected of smuggling a gun into prison for Billy Wright‘s killer was a Special Branch agent. The news is surprising only because the document exists and hasn’t been destroyed by the Prison Service or police, which the inquiry has basically accused of lying recently. In another development, Finance Minister Peter Robinson has been called to testify before the inquiry and is likely to face questions about a visit he paid to Wright in early 1997 – around the time the LVF was aligning itself into the paramilitary wing of the anti-agreement party.