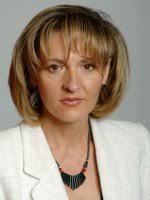 CATHOLIC workers from outside Northern Ireland should not be counted as Catholics, according to Sinn Fein’s Martina Anderson, since it apparently gives a false impression of the number of nationalists in employment. Whether this counts as racism, xenophobia or sectarianism I’ll leave it to the debate below, but it’s certainly clear that for this MLA, immigrants are not the right type of Catholics, since they are not (she assumes) Irish nationalists. I think this is pretty insulting to immigrant workers and many employers (and I’m sure that more than a handful of republicans and nationalists will take umbrage), but what is her solution? Since it would probably be silly or illegal to ask foreign Catholics to tick the ‘other’ religious box on their job application, as she suggests, what is her alternative? Should people seeking employment tick a box stating their political persuasion? And how would that help lessen discrimination, rather than increase it? It’s rare that Sinn Fein MLAs exhibit such a narrow view of the world these days, but – at a time when you could barely slip a cigarette paper between the employment gap separating the two main traditions in Northern Ireland – this is the kind of atavistic thinking you would be lucky to hear from the BNP these days. UPDATE: The Equality Commission and the DUP’s Gregory Campbell has weighed in (see below fold).Anderson said: “They should be categorised as having a background of ‘other’. Employers do not perceive migrant workers as belonging to the local nationalist or unionist communities and this is artificially inflating the Catholic/nationalist representation in the workforce, the bulk of whom are from Catholic countries. The same situation has arisen within the internal tracking systems of the PSNI making it difficult to track the true numbers of Catholics/nationalist applying or being appointed locally.”

So many assumptions, where does one start?

Since Anderson really wants to know the number of Irish nationalists in the workforce, the only real alternative is to ask jobseekers to reveal their political beliefs on application forms.

Can anyone really see this ever happening?

UPDATE from the News Letter:

“If you take this issue of categorisation to its logical conclusion, it would mean that everyone not born here would have to be described as ‘others’ or ‘outsiders’ – it’s ludicrous.

“If people are coming to work here, they are part of the Northern Ireland community so you don’t continue to categorise them as outsiders or ‘others’ as this can make the situation worse.”

He said Sinn Fein had a problem with what the figures were showing.

Meanwhile, in the Irish News, Bob Collins, chief commissioner of the Equality Commission said any alteration would require legislative change.

However, he said new methods are under consideration.

“The data contained in the monitoring report is an accurate account of the returns given by all registered employers under the terms of the current legislation,” he said.