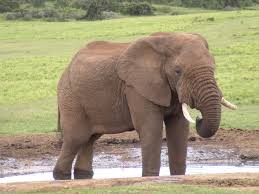 A number of days ago I started a thread suggesting that, if the Loyal Orders were serious about engendering trust within the nationalist community and working towards an inclusive 12th July celebration, then tackling the elephant that is the overtly sectarian dimension to the Loyalist marching season would be a prerequisite.
And so to a case study: June 2007 and its Groundhog Day in the normally quiet village of Stoneyford, County Antrim. However, as in the previous two years, a loyalist band has applied to march on the 11th Night into a number of newly-built mixed housing developments. A number of years ago, the band completed the parade wearing ‘Orange Volunteers’ paramilitary t-shirts, no doubt to make the numerous catholic and mixed marriage homeowners in particular feel welcome, though they were banned from the housing developments last year. The new housing developments have been the scene of a number of sectarian attacks on homes and cars, with a number of catholic families fleeing their homes in the past three years.
Now, this isn’t a Loyal Order parade as such- no, the local Brethren will be marching up the main street as usual the following day, without any complaints. But the band will be involved in the 12th July parade as usual, with many of its members making up the membership of local lodges- and the parade will be starting and finishing in the local Orange Hall.
As an interesting aside, the leading Stoneyford loyalist, Mark Harbinson, is a senior member of the band, not to mention new supporter and election worker for local Ulster Unionist MLA, Basil McCrea.
And so to my proposition: it is clear that there is a section of the Orange Order and broader unionist community which loathes such calculated acts of sectarian harassment.
Would it not send a hearteningly positive message of Orange intentions were senior members of the Order to publicly condemn such antics and, at least in this example, recommend the band follow the lead of the local lodge?