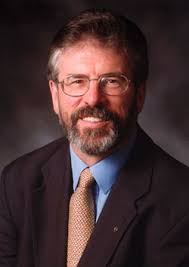 One of the benefits of being an all-Ireland party-with members elected to Leinster House-is that RTE is obliged to show live coverage of Sinn Fein’s annual Ard Fheis. The National broadcaster showed live coverage of the event from 11am to 1pm today, as well as carrying live Gerry Adams’ presidential speech between 5pm and 6pm tonight.

The timing of the event could not have been better from a republican point of view, coming as it does in the final week of the Assembly election campaign. For those who missed Gerry Adams’ speech, the text can be viewed here.