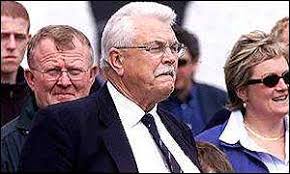 Unionism’s response to the O’Loan document did not surprise me but still disappointed me. The urge to knee-jerk was too strong to resist once again, for example Ken Maginnis’s condemnation of the report before it was even published. The response did not give the impression that a media strategy had particularly been prepared or if it had it hoped to rely solely on communal veneration of the RUC and communal ill-feeling to Nuala O’Loan and nationalist MOPEry.

These are reliable mainstays for the short-term but not strategic choices that challenge or undermine the nationalist narrative around the report. Also as the story continued to run Unionism allowed itself to get trapped in reacting to the reaction rather than the actual report. It allowed itself to be sucked into trying to defend the indefensible.

The main assault on the report is that it lacks ‘evidence’ as it is based on intelligence. Yes it is. However, it is based on multiple sources of the full range of reliability over a sustained period. This is not a ‘one’ source story or sole informant. It may fail the beyond reasonable doubt test but that does not mean it is without credibility.

Furthermore this line of attack is undermined by Unionism spokespersons supporting those police officers who did not co-operate with the Ombudsman’s office. It puts Unionism in the ridiculous position of attacking a report for a lack of evidence but defending those who potentially withheld important evidence. Also if these officers are to be believed that the Ombudsman has got it very wrong, this implies they possess evidence that would rebut the allegations.

Jimmy Spratt attacked the credibility of the report and called for an investigation of Nuala O’Loan on the day of the report’s release. Both lines of argument were very unwise. The Ombudsman’s investigation was independently assessed. Also issues discovered between 2000 and 2003 were referred to the Surveillance Commissioner. His investigations also identified a series of failures by Special Branch.

There are grounds to be concerned about Nuala O’Loan. However, it was the wrong day to try and pursue issues of concern about the operation of the Ombudsman’s office. Murders, shootings, beatings and drug dealing take precedence.

Ken Maginnis’s claim that this is another concession to republicans is nonsense. This report has taken years to complete and was based on the complaint of an ordinary citizen not a politically motivated individual or NGO.

The ostrich-like approach also undermines Unionism’s general defence against questions about behaviour in the security services – the bad apple syndrome. If Unionism accepts such people exist why can it not accept the possibility that an investigation has found some?

Ian Paisley Jnr argues that the report is being used to re-write history. I would concur. Nationalism is trying to just that. However, Unionism’s response of full-faced denial is enabling nationalists to do so especially as the report does not substantiate many of the claims made.

NOTE: I would ask commentors to stick to the topic, resist ad hominen attacks and not to feed the trolls.
DISCLAIMER: The views expressed in this article are solely the personal views of the author.