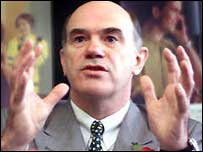 Mark Durkan has called on Sir Ronnie Flanagan to quit as the head of Her Majesty’s Inspectorate of Constabulary. He said:

“Either he was not in control of a dysfunctional organisation, or he knew full well but kept the truth hidden. In either event, he should not head up the Inspectorate of Constabulary.”