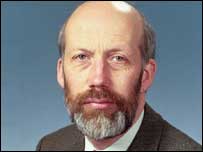 Alliance leader David Ford has criticised the PSNI for failing to pursue those involved in producing and distributing election leaflets urging Alliance voters to opt for the Ulster Unionist Party in last year’s Westminster election. The leaflets, from a group calling itself ‘Concerned Citizens for a Shared Future’, was apparently targeted at Alliance voters and was produced in ‘Alliance colours’ (I take that as meaning yellow.) The Electoral Commission had initially investigated the matter, before referring it to the PSNI in April 2006.For the record, the Alliance vote did not seem to be affected by the stunt, with its 15% considerably up on its 10.9% in the 2003 Assembly and 12% in the 2001 Westminster election. The UUP, with 27% of the overall vote, was well beaten by Sammy Wilson, who claimed 50% of the vote in 2005.