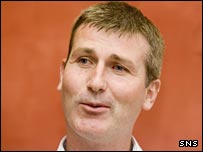 In what must be regarded as one of the most spectacular results by an Irish football club in recent decades, Derry City annihilated their Scottish opposition, Gretna, 5-1 in Scotland tonight. The result all but assures the Derry side a place in the first round proper of the UEFA cup. With Drogheda still in contention for a place alongside the Derry men (after losing 1-0 away in the first leg tonight) the results confirm the growing stature of the Eircom League. All three league sides proved victorious in their respective first round outings in Europe this year, and with Derry almost certain to progress to their third contest (the 1st Round proper) this will be the most successful European performance by either of the two Leagues in Ireland for many years.

The growing professionalism of the Eircom league, coupled with Summer football, have undoubtedly benefitted the collective performances of its teams- both at home and abroad. In this season’s Setanta Cup, Linfield alone amongst the Irish League representative clubs proved able to compete on a par with the Eircom league sides. So are there lessons in here for the northern league?

Update: Presuming Derry don’t concede 5 goals at home against Gretna in the return fixture, they will proceed to the 1st round proper of the tournament. If they should come through that stage of the competition, then they will secure at least four more European nights this season as they will have gained a place in the League stage of the competition. More on the complicated format of this competition here. The First Round, however, is where the ‘big boys’ enter the tournament, with West Ham, Tottenham, Rangers and Blackburn all potential prize draws for the Derry men.