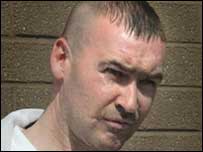 The Greater New Lodge Festival rounded off a three day conference with an invite-only cross-community dinner. The theme of the event was “A Celebration of Culture and Creating a Language of Hope”. On the guest list the Festival included Sean Kelly, the convicted sectarian murderer, who was returned to jail last year for “re-engaging in terrorism” , then released again. Two attendees from the Shankill area walked out. Alan McBride criticised the organisers for not making people aware of who the other invitees were and said:

“It would have been very difficult for me, and I am widely acknowledged as being some way down the road in my own healing process. I probably would not have gone. ”