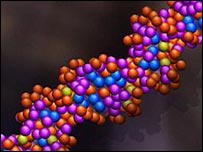 The Northern Ireland Child Commissioner has finally spoken out about the retention of DNA and other details by the PSNI of young children who have neither been charged cautioned or convicted of any crime. As many as 3,000 children may be on the database and the issue was highlighted locally when an 11 year old girl was arrested and a photo, DNA and fingerprints taken. Why does the state want to retain the information of the innocent? Of the 3 million samples 140,000 have not been cautioned charged or convicted. The UK DNA database is over 4 times and 10 times larger than the equivalent European and American databases respectively. Conservative MP Grant Shapps and Genewatch has been trying to highlight this issue for some time. Grant Shapps argues that:

“If the government wants to build a DNA database of the entire population, starting with kids – bring forward proposals, pass it through parliament and have a debate.”

“…no-one lost out through being on the database.”

The PSNI avoid specifically addressing the concern about the innocent instead offering a general defence of the database:

“The DNA database has proven to be a very valuable tool in the battle against crime and, on a daily basis, assists in the identification of offenders in crimes ranging from burglary to murder.”