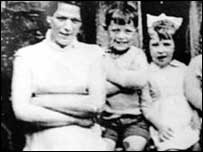 Nuala O’Loan has said no evidence exists to support the republican claim that Jean McConville, mother of ten and one of the Disappeared, was an informer for the security forces. This would suggest the family’s belief that it was her compassion for a fatally wounded soldier that led to her being targetted is correct.