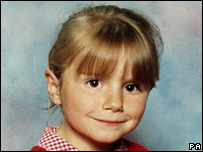 A Home Office Minister is flying to America to examine Megan’s law with a view to implementing a similar law in the United Kingdom. The debate about such a law here began when the parents of Sarah Payne, who was brutally murdered by a convicted sex offender, launched a campaign for a British equivalent. This campaign was embraced by the News of the World whose publication of information on paedophiles led to vigilante attacks. Six years ago the idea was rejected by the Home Office as “unenforceable and might even put children and the public at greater risk.” but know they believe they can learn from the years of American experience. Others accuse them of bowing to tabloid pressure.
Megan’s Law is not a single statute with each state having different approaches to its implementation. Research in Florida has shown positive and negative effects on sex offenders. The National Society for the Prevention of Cruelty to Children’s 2001 review of the available research lead them to conclude that “there is very little evidence to substantiate claims that community notification enhances child safety.“. Five murders have been directly linked to the use of the publicly available information. It also depresses house prices (not that a concerned parent would care about that).

Finally, the USA has consistently lower registration rates of sex offenders than the UK and some believe a toughening of laws in the UK will increase difficulties in tracking sex offenders. It may also encourage sex offender flight within the European Union with the Republic of Ireland probably the easiest and straightforward alternative.