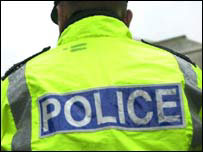 Police believe an assault on a man and a teenager at an Antrim barbecue was sectarian. In Maghera, an Orange Hall was petrol bombed and police coming to the aid of men in a broken down van, that had been surrounded by other cars, came under attack. The occupants of the van fled. The BBC report says a link between the two Maghera incidents is being investigated but no further explanation is given. The police seizures earlier this week and appeal for calm have failed to prevent the ongoing pattern of attacks in Maghera.