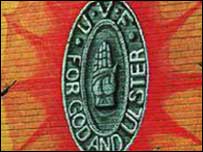 On Inside Politics, Reg Empey has confirmed that a number of MLAs were approached to join the UUP Assembly group. In the News Letter (not online), Paul Berry says he was informally approached by an UUP MLA and a number of UUP members about joining the Party a number of weeks ago. This flys in the face of Alan McFarland’s categorical denial. Signs of internal dissent grow with Party Officer Peter Bowles attacking the move as “morally wrong”. Intriguingly, prominent UU commentator Alex Kane opts for an article about euthanasia, avoidance or subliminal message?

“An elected and unelected members of the UUP approached me some weeks ago to see if I would consider joining the UUP….I presumed it was connected to the headcount at Stormont.”

“I am against the move on the simple basis that it is morally wrong. It’s a different matter going into government with Sinn Fein because they remain your opponent but to invite a spokesman for the UVF into your group a step too far.

He goes on to ask:

“The UVF murdered Down constituents at Loughinisland. How do I explain to families of the people killed in that atrocity that the party I am a member of has a UVF political representative in its Assembly group?”

Empey’s confirmation of other approaches means the “risks for peace” UUP defence of the Ervine look increasingly shabby. If it was the primary reason Ervine would have been the first and only approach not another name on a list.

Also if Empey’s claim of “elements of government” being opposed to the move is interesting. Is it pre-spin for a negative Speaker’s decision on the move? If the Speaker does say no will the UUP opt for a judicial review and risk dragging out the media storm? Or will they have learned a hard lesson?